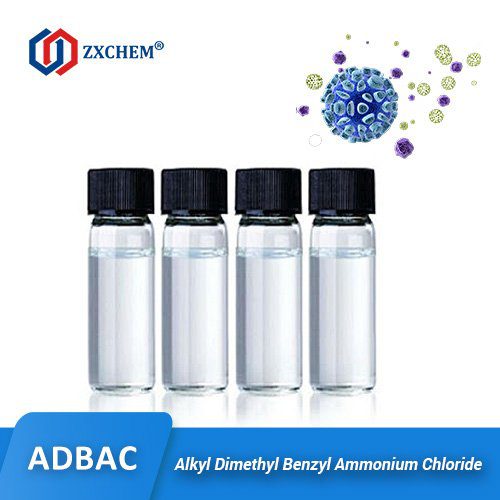 ADBAC CasNo.: 68424-85-1 is a broad spectrum, fast acting biocide based on the active matter alkyl(C12-16)dimethylbenzyl ammonium chloride. Due to its low toxicity, high efficacy together with tolerance against hard water, it is widely used as a biocide in sectors including public institution sanitization, oil drilling, livestock and personal hygiene. It is also used as softeners, antistatic agents and conditioning agents in textile and dyeing industry.